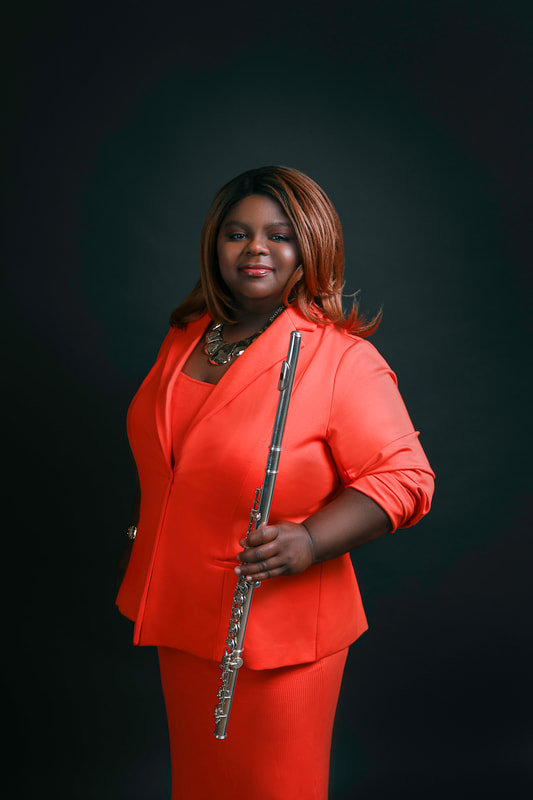 Ramona Douglas is an eclectic musician, native of Philadelphia, PA where she was born and raised by her mother and musician father. Surrounded by music constantly, she began her music training as a violinist at age 7. She later began the flute, and decided that was her true instrument. She graduated from Trinity Washington Univ. with a B.A. in Fine Arts & Music in 2009. She has performed on flute and piccolo with the Main Line Symphony Orchestra, Gateways Music Festival Symphony Orchestra, UMD Sinfonietta with Minnesota Ballet and most recently joined the "dynamic" chamber ensemble Adelante Winds. Ramona has also performed extensively for musical theater productions and in jazz and latin ensembles, doubling on clarinet and saxophone. She received her M.M. in Music Performance & Pedagogy from Texas State Univ. under the tutelage of Dr. Adah T. Jones in May 2019. In October of 2019, she joined the administrative team of Youth Orchestras of San Antonio (YOSA) as Office Coordinator. Her career continues to expand as she joins the faculty of Northwest Vista College as an Adjunct Professor in Spring 2020. She is enjoying her career as a performer,  educator and clinician and is continuing to find new ways to move classical music forward with inclusion and diversity. 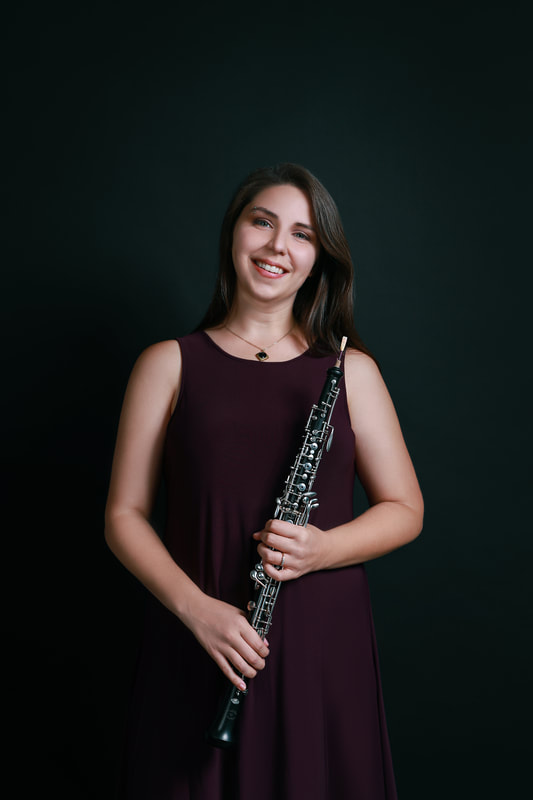 Oboist Mika Allison is a Chicago-based performer and educator. Mika holds the 2nd oboe position with the West Michigan Symphony Orchestra and has performed throughout the United States with ensembles such as the Civic Orchestra of Chicago, Peoria Symphony Orchestra, Texas Bach Festival, South Shore Opera of Chicago, and Regali Winds. She is a founding member of 5th Wave Collective, an organization dedicated to the performance and promotion of female composers. Devoted to arts education, Mika teaches with Sistema Ravinia, People’s Music School, Chicago Arts and Music Project, and maintains a private teaching studio in Chicagoland. Hailing from Texas, Mika completed an undergraduate degree at Texas State University studying with Dr. Ian Davidson. She completed a Master’s Degree in Oboe Performance and Literature at the University of Illinois at Urbana-Champaign and a Post-Master’s Performance Certificate at DePaul University studying with John Dee, Grace Hong, and Alex Klein 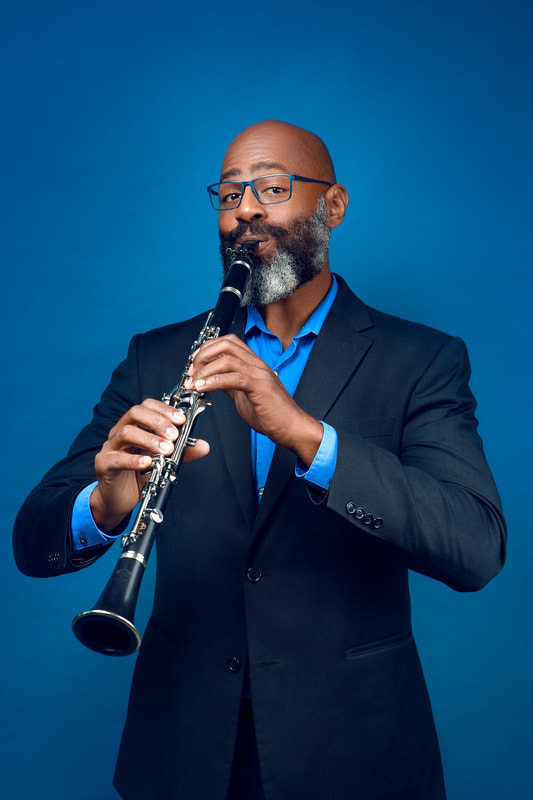 Clarinetist Gary Fair is an active recitalist and symphonic musician who has been praised for his sublime tone and dazzling technique by audiences and critics across the country.  He currently makes his home in the San Antonio area, where he is an active freelance musician and teacher.  As an educator, Gary has served on high school and college faculties as both clarinet professor and director of bands, and currently maintains a studio of young and talented clarinet students across the San Antonio region.  Gary completed his Doctor of Musical Arts degree in clarinet performance at the University of Kansas, where he was a Melik Fellow and graduate teaching assistant.  He completed his master’s degree at the University of Northern Colorado, and undergraduate work at Calif. State University - Sacramento. 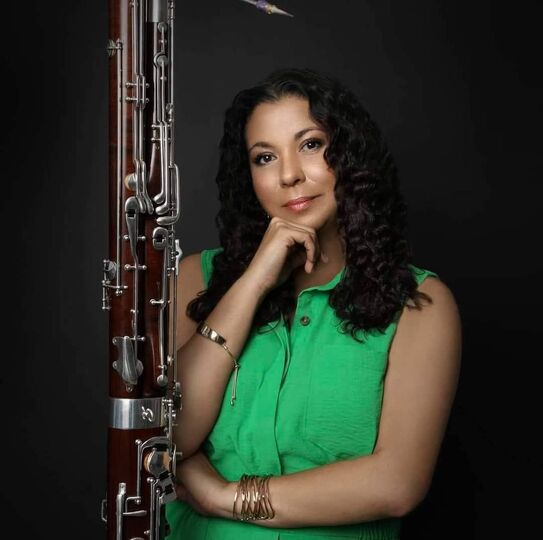 Mrs. Stovall has enjoyed a diverse career of performing and teaching. She holds teaching positions at Schreiner University, Our Lady of the Lake University, Northwest Vista College, as well as a private studio. She holds the Associate Bassoon position with Symphony of the Hills and is a co-founder and executive director of the “dynamic” chamber ensemble Adelante Winds. Other performance engagements have included the Aspen Music Festival, Imani Winds Chamber Music Festival, Fresh Inc. Music Festival, Round Rock Symphony, Brazos Valley Symphony, Orquesta Sinfónica de la UANL (Monterrey Symphony Orchestra) in Monterrey Mexico, Texas Chamber Winds, and White House holiday season tours. Mrs. Stovall holds a Bachelor of Music degree from Texas State University and a Master of Music degree from The Ohio State University. Notable teachers have included Daris Hale, Karen Pierson, Nancy Goeres, Per Hannevold, and Monica Ellis. Mrs. Stovall is native of Germany and moved to the United States with her family in the 1990s. She is married to one of her childhood friends who she met in sixth grade beginning band and they have two children together.
Powered by